A couple of weeks ago after spending some time with Python profiler, I discovered that Python’s json module is not as fast as I expected. I decided to benchmark alternative JSON libraries.

python-cjson, yajl-py and jsonlib are not included in the benchmark, they are not in active development and don’t support Python 3.

simplejson and ujson may be used as a drop-in replacement for the standard json module, but ujson doesn’t support advanced features like hooks, custom encoders and decoders.

You can change your imports this way to use an alternative library:

ujson is not compatible with PyPy; python-rapidjson is compatible only with Python 3.

I published the source code of the benchmark on GitHub. You can clone it and rerun if you want to check it by yourself or if a new version of an alternative JSON library is released. 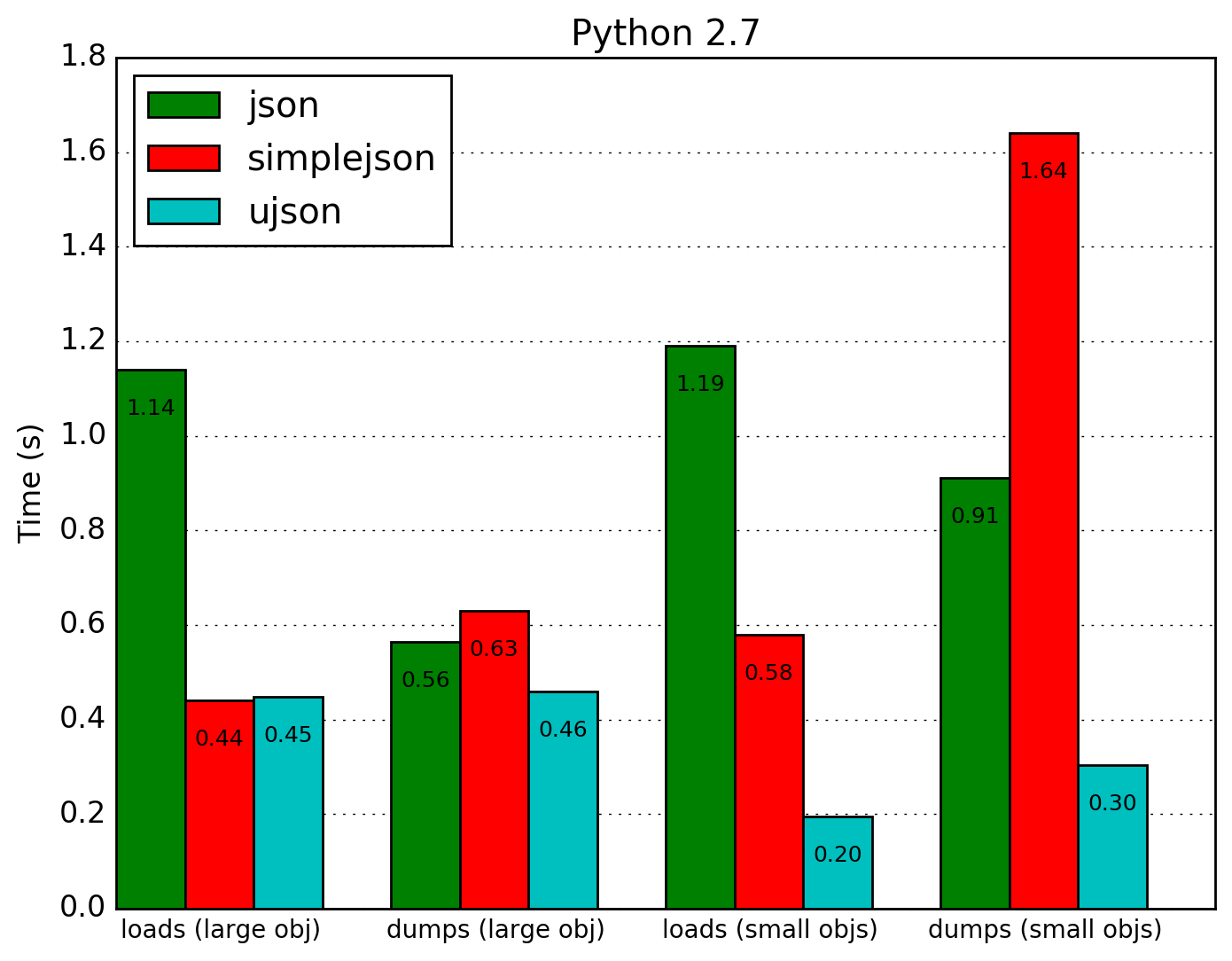 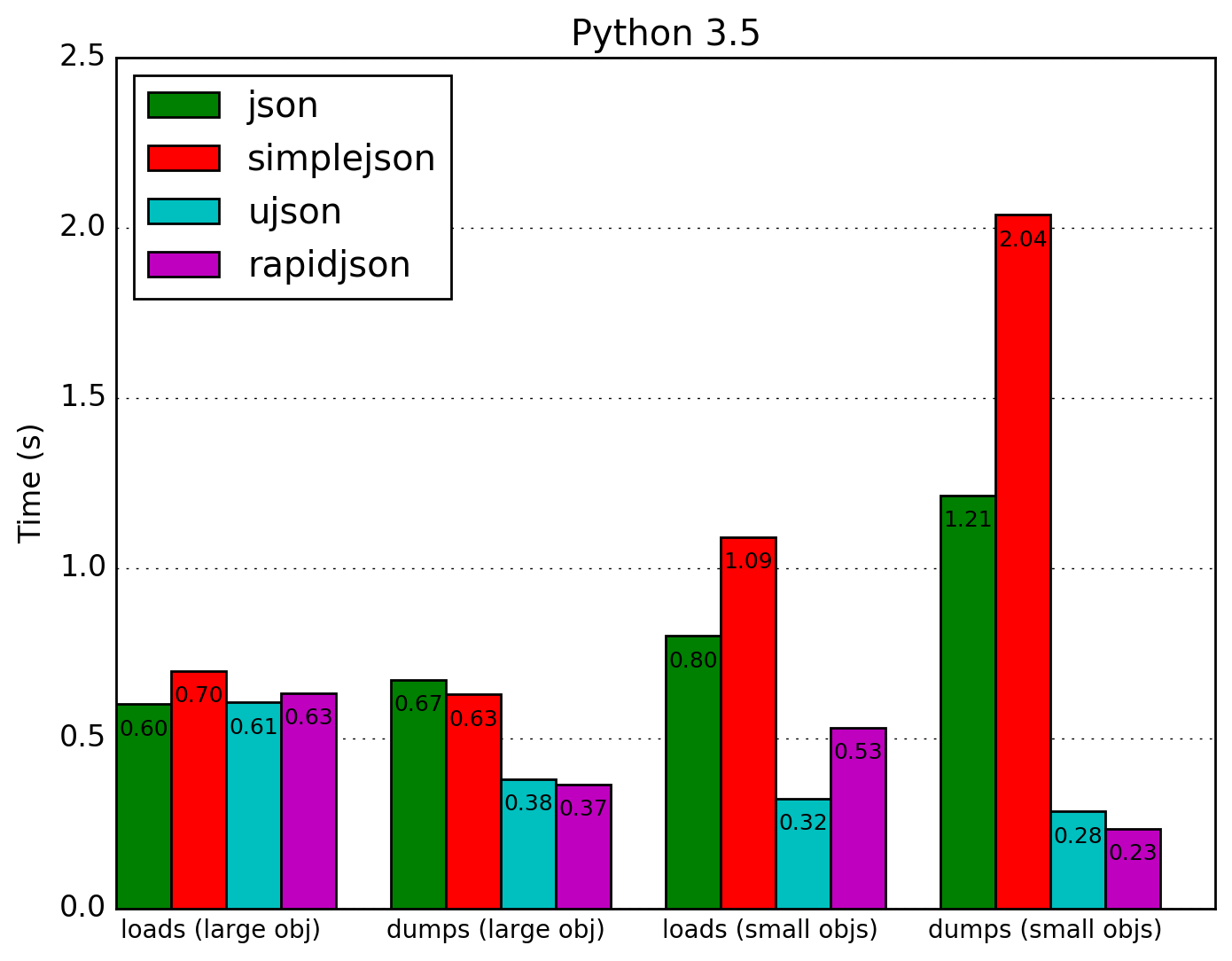 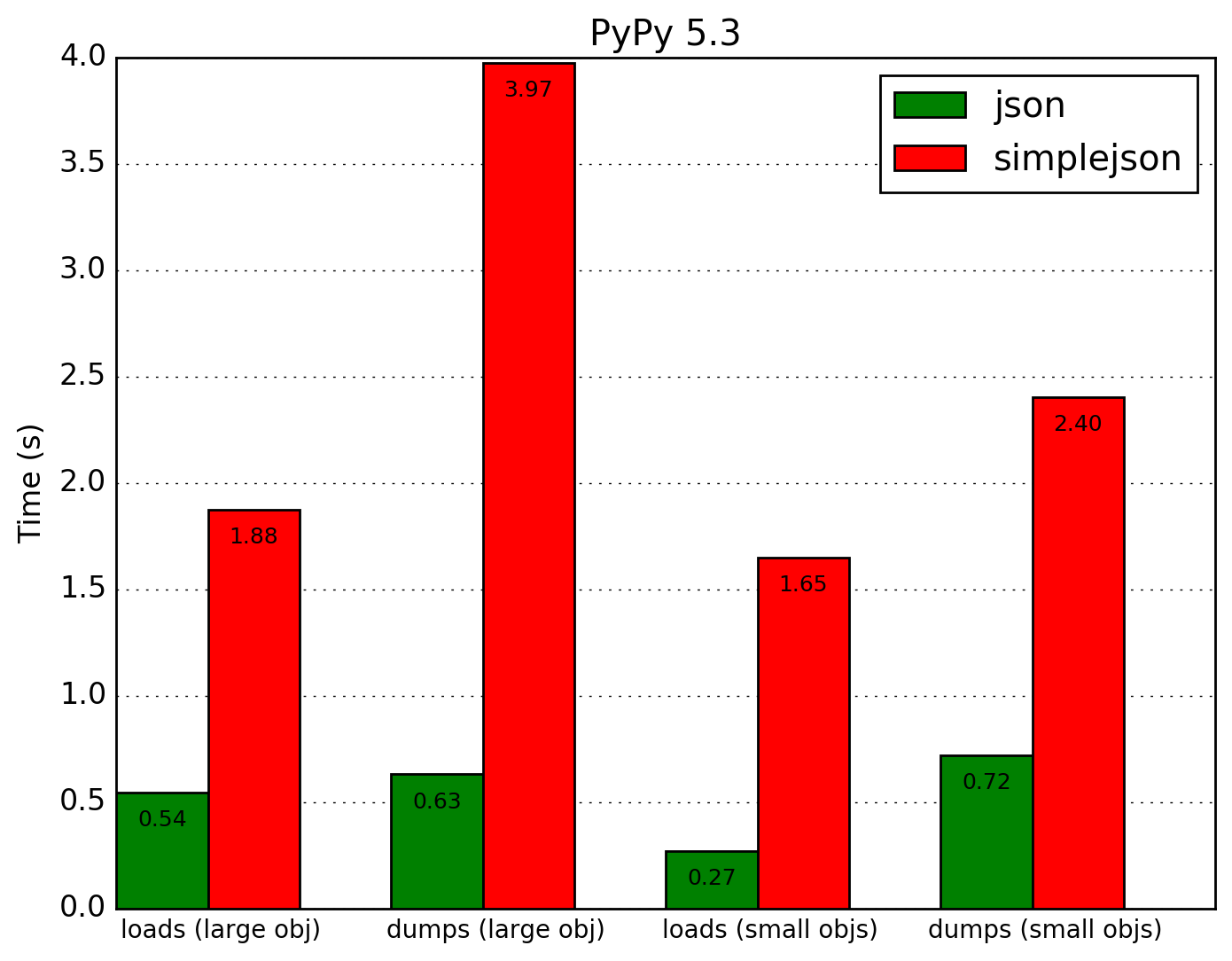 Results are in seconds.

The numbers speak for themselves. If your application is dealing with a big amount of JSON data and doesn't use any advanced features of built-in json module, you should probably consider switching to ujson.